On August 1st, Reiza Studios has decided to release their “July Development Update”, highlighting their recent 1.45 update, and also talking about the upcoming version 1.5 update, which will mark the FINAL update to Automobilista. After the 1.5 update for Automobilista is released, development will shift over to Reiza’s upcoming next generation racing sim.

The recent update to Automobilista brought a variety of additions and improvements, including the 2017 Stock Car Brasil Series, enhanced AI, and a better push-to-pass system. Many tracks have also seen visual upgrades in the 1.4.5 version update to the sim, so that has definitely brought a further level of polish.

Reiza Studios has announced that version 1.5 will be the final update released for Automobilista, and will bring quite a few updates and additions to serve as the swan song for the sim. A series modeled after classic touring cars, a new Metalmoro prototype race car, and a new track are going to be coming to the sim. In addition, support for surround sound systems, gamepad compatibility, and added track improvements are slated for the final update to the sim.

It looks like Reiza Studios is looking to send off Automobilista in a solid way, and I look forward to seeing what comes next! What do you think? Let us know!

Greetings everyone! We´re back with another Automobilista Development update. After skipping June, there is a lot of good news to share this month!

To begin with we´ll be sharing a little more detail about the main features from the recently released v1.4.5, before moving on to the exciting new things due to come up next!

AMS V1.4.5 has seen the long-anticipated addition of the new 2017 Stock Car Brasil season, featuring the new Chevrolet Cruze bodywork, along with all 30 drivers & liveries from the current season. The Curvelo race track (aka Circuito dos Cristais) which debuted in the series last year has also been added – both the longer layout raced in 2016 as well as the shorter version raced for the very first time just a week ago.

The new update also features revamped Push-to-Pass rules & functionality. Push-to-pass plays a big part in the dynamics of a real Stock Car race, so it was crucial point to get this right in the sim – as per 2017 rules, activating P2P lifts the engine restrictor of the 5.7L V8 engine which equips all cars from 62% under standard operation to 100%, giving the car nearly 100HP extra for 16s. Also per 2017 rules, drivers can´t activate P2P in the 1st lap, and there is a 5s delay between hitting the P2P button and the actual boost kicking in, increasing the strategical dimension of this feature.

The AI will also use P2P now to overtake or defend against other cars – also a new feature from v1.4.5.

We´re still pushing hard to further develop the AI, and in AMS v1.4.5 we have delivered another batch of substantial updates – the more important of which impacts how they assess risk and decide whether to go for an overtake, addressing the age-old issue which would lead them to often hesitating and backing off on straights rather than pulling alongside to overtake.

Other more incremental improvements to their behavior have also been made, such as getting the AI to be more disciplined rejoining the track after a spin and no longer drive into oncoming traffic:

There are still some remaining rough edges to polish and important improvements we want to cover before we call it a wrap on AI for AMS, but generally speaking we feel the AI in v1.4.5 is a substantial step forward, and it´s gradually edging closer to something you can legitimately compete against in any condition.

Several tracks have had terrain & road texture updates in AMS v1.4.5 to bring them up to the standards of more recent tracks, and the Brazilian tracks have been updated to include the modifications made since the 2015 season:

The tracks previewed have all been updated in v1.4.5. We hope to revisit some more in time

In between developing the new circuit and updating several older tracks, @Alex Sawczuk also found the time to take a stab at revamping the damping system for digital & gamepad controllers. As a result, Automobilista v1.4.5 has become a lot more fun and accessible to users without a steering wheel – turn on a couple of driving aids and it should provide as good a time, and a more rewarding driving experience than your average console racer

Some great news also in the audio front as after a couple of hard working months @Domagoj Lovric is very close to cracking surround support – we´re confident we´ll have something to test soon and we´ll be able to merge it in for release until v1.5.

The experience with 5.1 sound is a significant step up from the current stereo – having aural feedback from your opponents approaching and getting beside you, your engine from the back while wind is blowing from the front makes for a much more immersive experience. 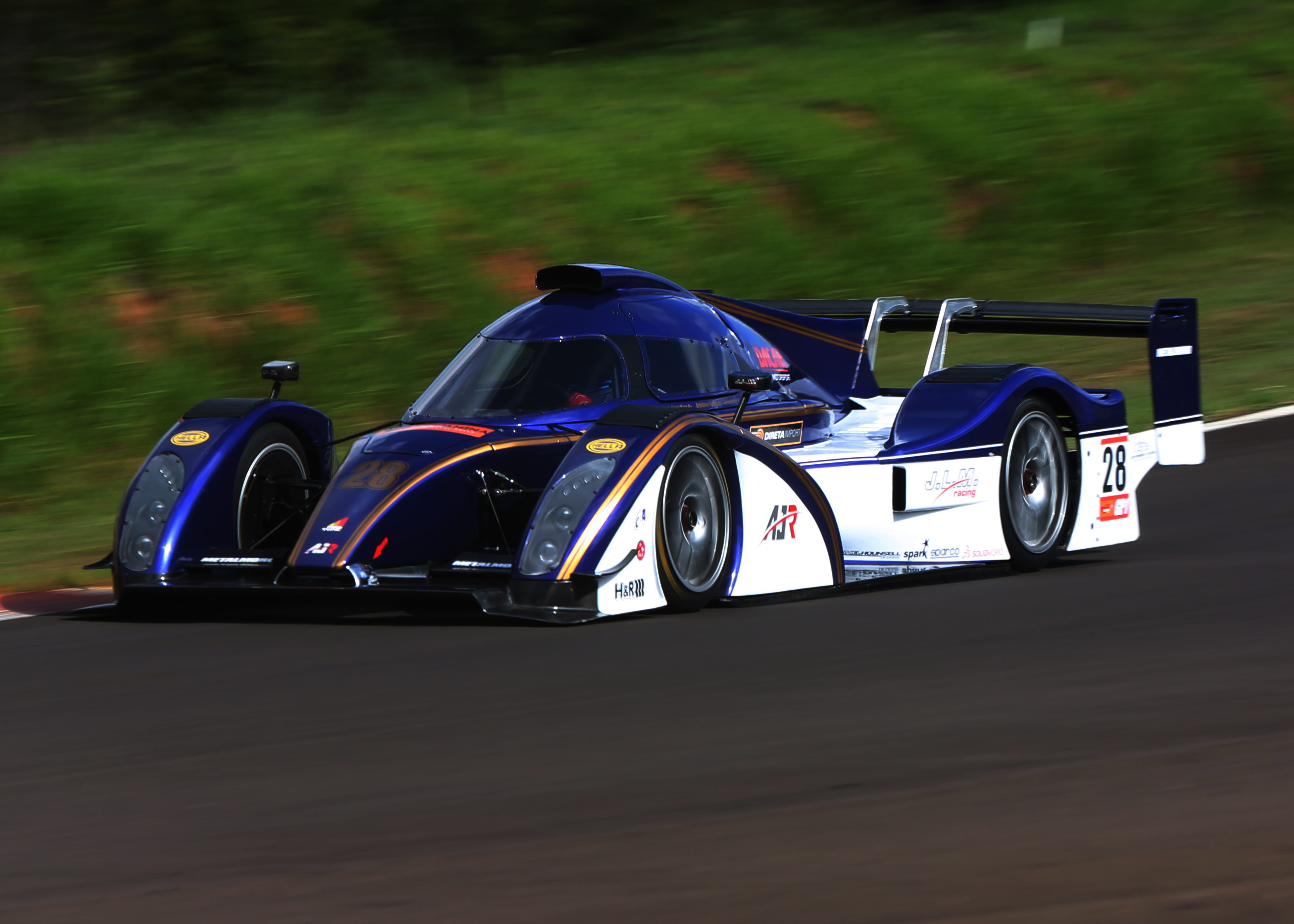 The AJR is a result of a partnership of the JLM Racing team with Metalmoro, ambitiously conceived to become the most accessible, high performance prototype in the market. Powered with a 600HP Honda K20 Turbo engine, weighing just 820 kg and featuring purpose-crafted aerodynamics, it is expected to achieve LMP2 performance and perhaps even more. While the car is still in development, it is already setting the pace in the local endurance series whenever owner & driver Juliano Moro has taken it to the track.

The Metalmoro AJR will be added free of charge to the base game. We´ll be working very closely with JLM on this one, as the team will be supplying CAD model, CFD data and track telemetry so we have as accurate as possible representation of the car in the sim. Should make for a very fun ride!

As mentioned in the last dev update, the track team is now working hard on the development of Autodromo Yahuarcocha in Equador, aka Ibarra. The development priority was switched to finish Curvelo so that it could make it in with the Stock Car 2017 season release, luckily Ibarra development is quite far along and should be ready to hit Beta within the next couple of weeks.

This old-style track features some of the most beautiful scenery to be seen in a race track. @ilka is leading development of this one and really bringing his A Game on it as the previews below hopefully illustrate: 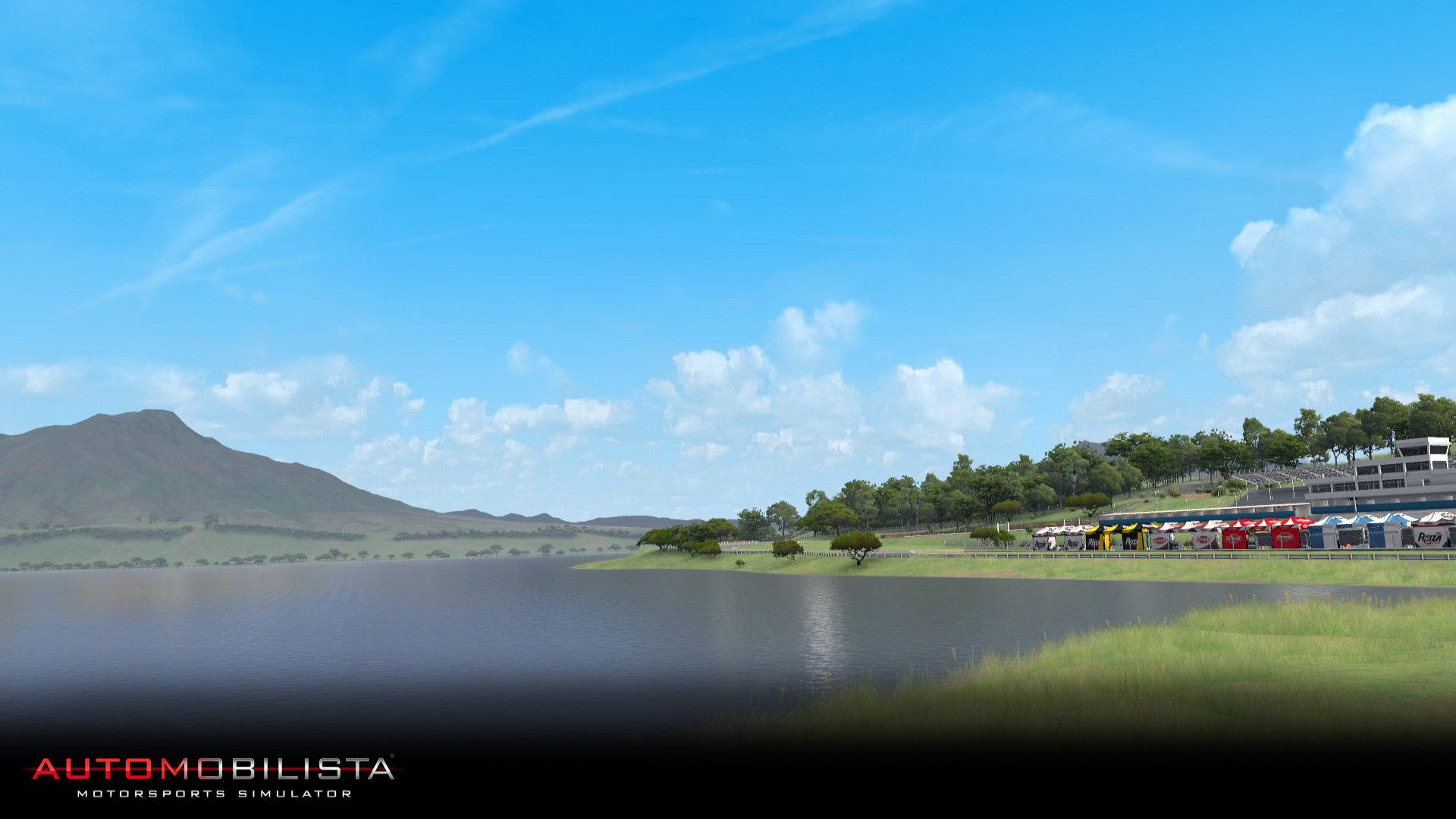 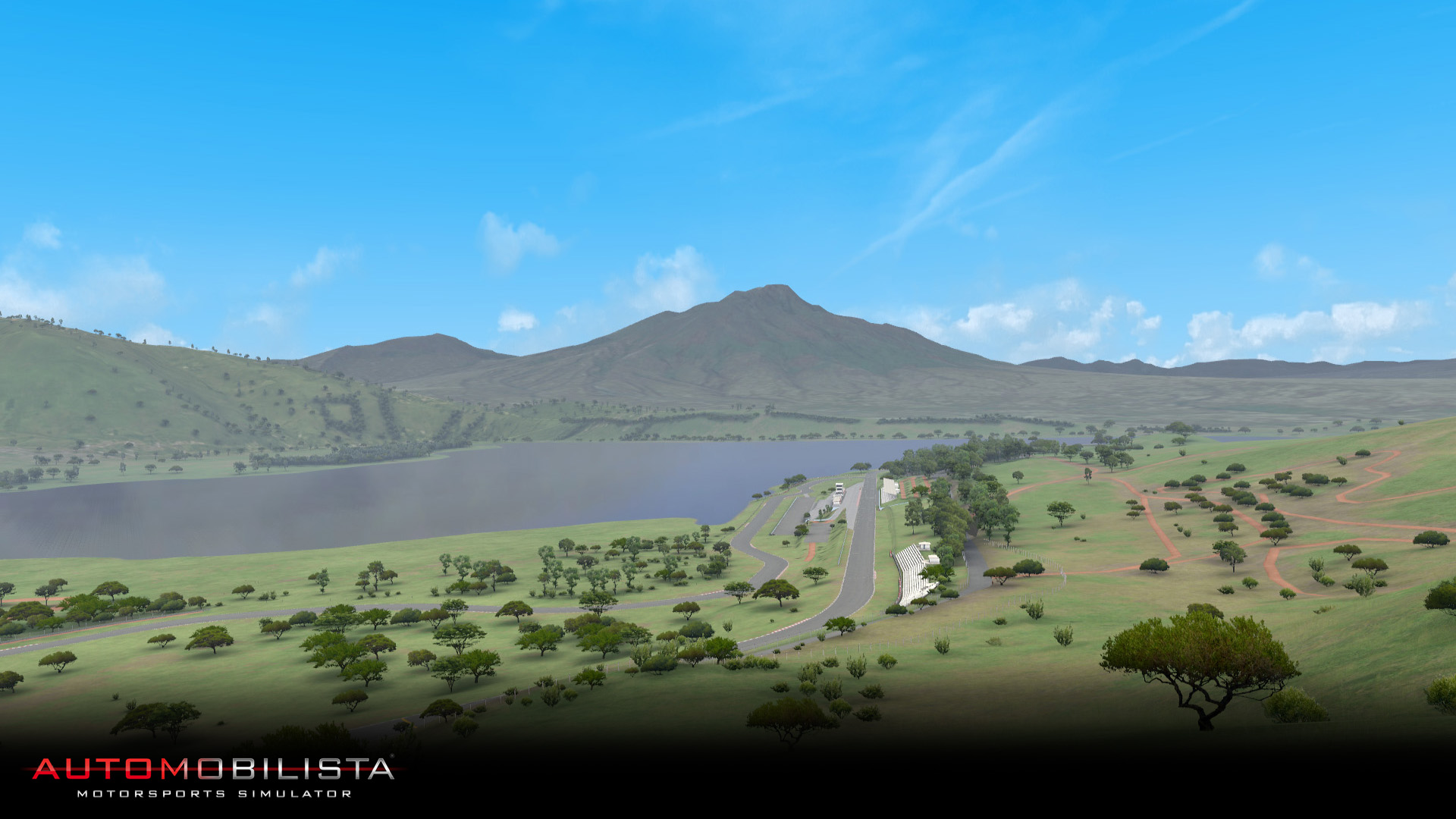 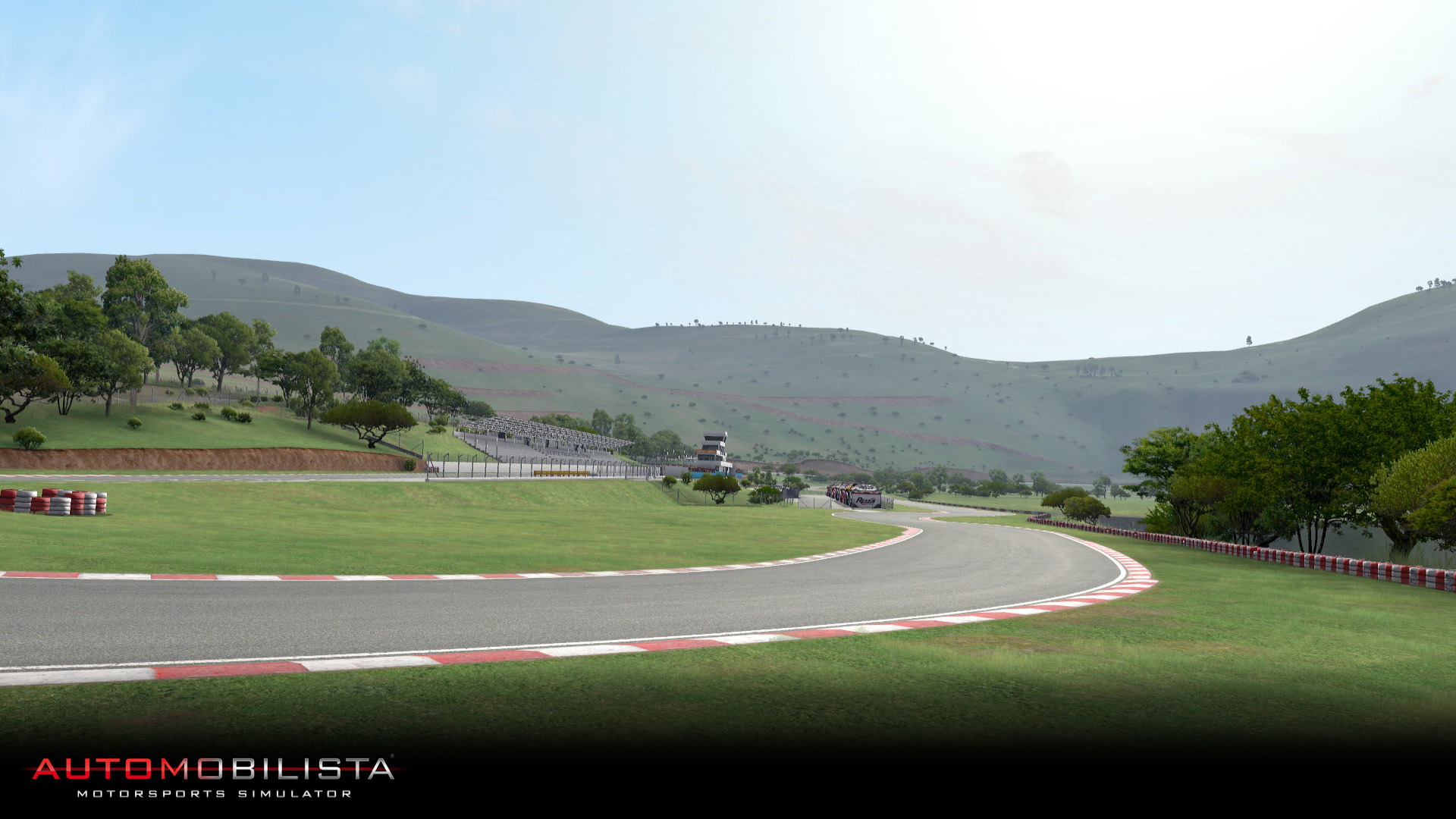 Ibarra will also be added as free content to the base game, expected for the next major update towards the end of August.

The next DLC pack is also expected to be released towards the end of august. As hinted at a few times before, this pack will bring a combination of classic brazilian touring car series to Automobilista – based on the old “Hot Cars” series from the early 80s as well as other single and mixed-class modern series featuring such classic cars will be represented in the sim. More details on this in the next dev update, but here´s a preview to whet your appetite 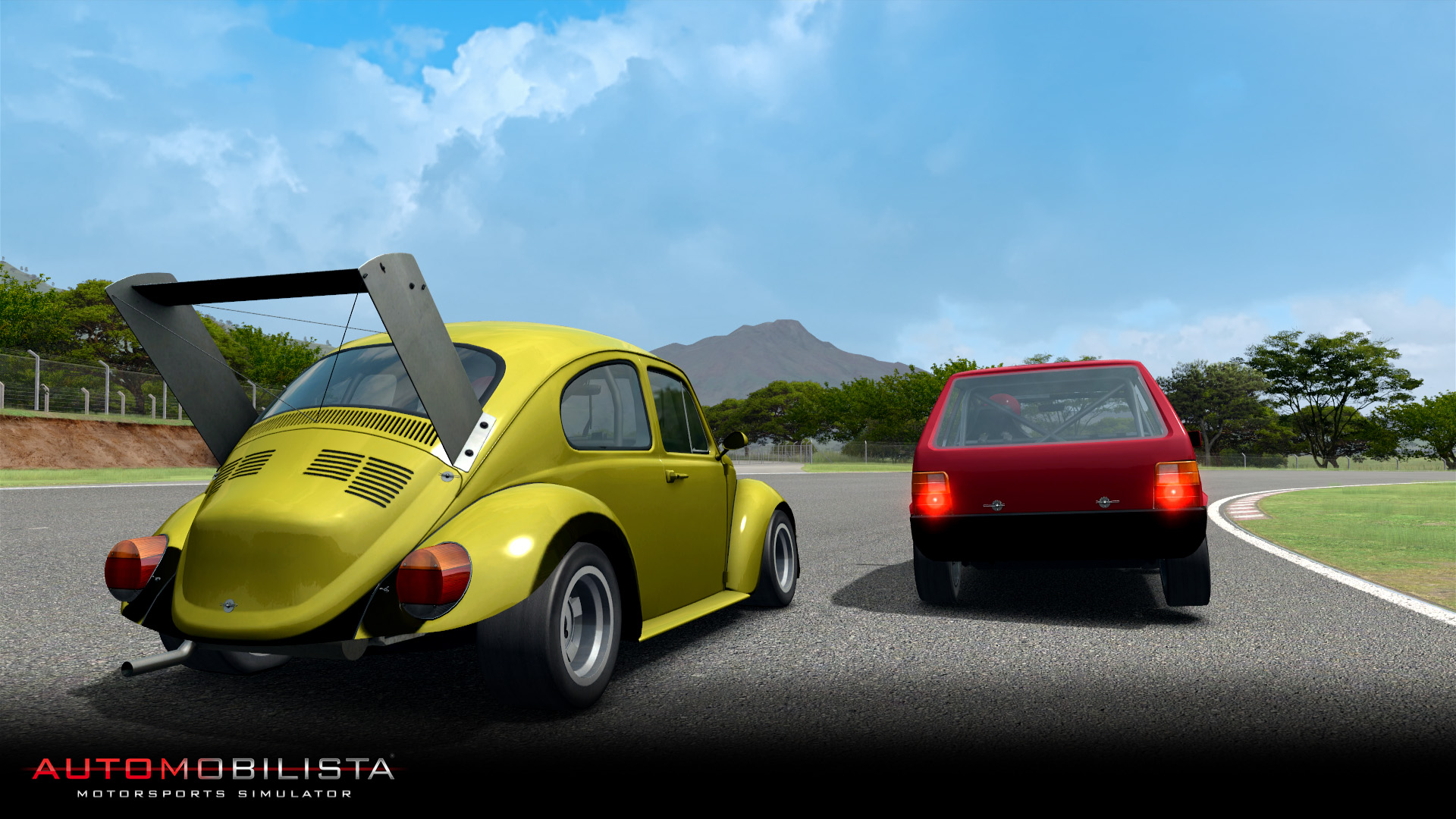 That covers it for this month – there are a couple of news still to come, but those are topics for our next, and possibly last AMS development update

We´re now racing towards a couple of final updates to bring AMS to version 1.5, which will represent the finish line for Automobilista development. While the temptation is always high to keep going a bit further and do this or that more, we´re generally feeling pretty happy with how it´s final form is shaping up, and believe it should be both a great base for us to continue enjoying over the months to come as well as a great foundation for us build on towards what will come next. We hope you are enjoying the ride as much as we are!